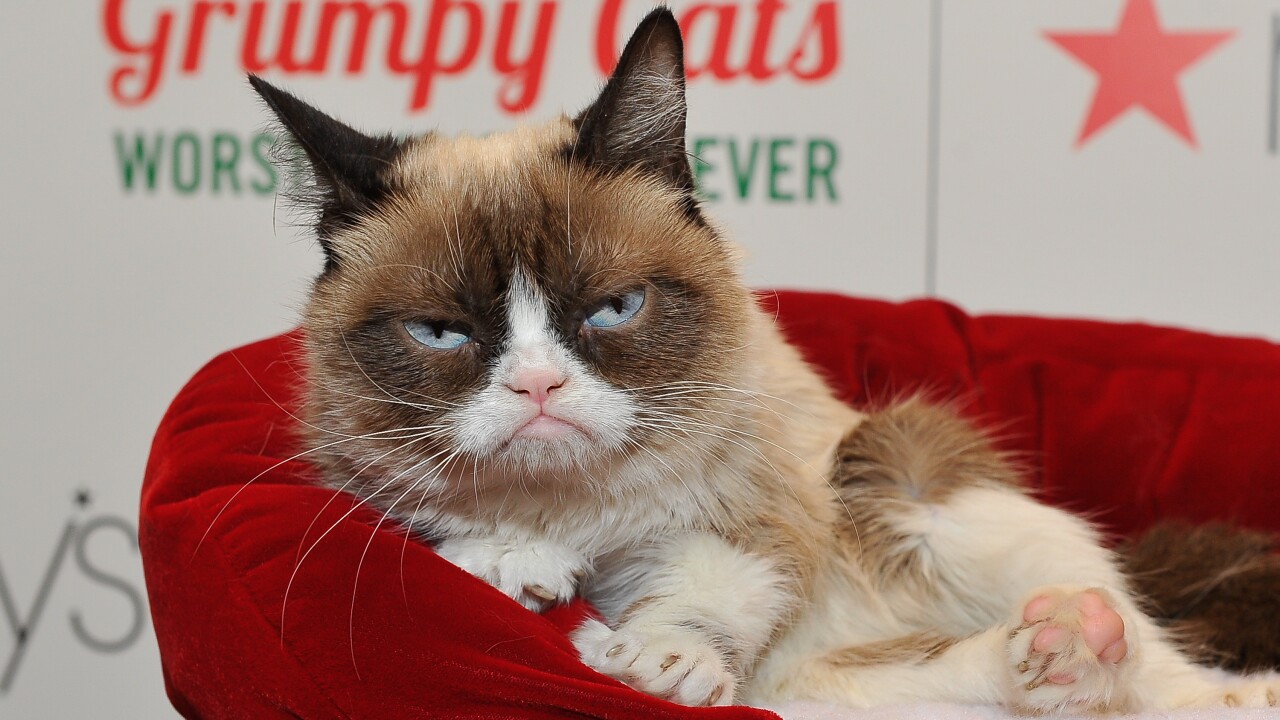 It seems a strange that the death of Grumpy Cat would catapult me back into blogging.

But maybe it's not. After all, I have dozens of archived posts dedicated to Tardar Sauce and all of her cranky whimsy.

I've had this new site set up for a long time, friends. And I've avoided it like the plague.

Do you remember when I used to write this thing? It feels like years ago. It was years ago. Nearly three years ago, in fact, that I wrote my very last post.

Do you know what my last five posts on this supposed humor blog were? Let me refresh you:

2) a farewell to Alan Rickman

1) a post announcing the death of my father and eulogizing him as well as I was able to at that time, three weeks after his death


For some odd reason, this blog made him laugh. It always was a silly blog. In fact it was, without doubt, a compilation of the most ridiculous words I’ve ever written. But he loved it.
More than just this blog, he loved the fact that I wrote. This summer, he asked me at least a hundred times when I was going to start writing again, when I was going to start blogging again, when I was going to finish my novel. He was so passionate about this that he even suggested I go back to bartending to free up the brainspace to do it – and he HATED that I’d been a bartender. It wasn’t the nature of the work, mind you, but that he was a “girl dad,” a dad of all daughters, a dad who had once been a young man at a bar. “I may have been born at night, Kit, but it wasn’t last night.”

So here we are.


I had the best of intentions, friends. I really did. I wanted to write this blog for him. But that wasn't a good enough reason.

I beat myself up for a long time about that. My dead dad wasn't a good enough reason to return to blogging.

The truth is, however, that I never blogged for him to begin with, no matter how much he enjoyed it. And I didn't blog for the 12 people who read it, either - at least not until the very end, when I attended a blog conference and heard lots of messaging about ads and metrics and how to judge your own worth and took all that bullshit a little too seriously.

No. For the longest time, for the best times, I blogged for me.

I blogged because, in this dark, terrifying, fraught, but also goddamn magical world we live in, I wanted to create a haven for myself. A haven that was soft and funny and filled with silly things and all of the thoughts that I had but didn't feel were appropriate to say out loud at cocktail parties or, really, anywhere public.

And part of that soft, silly space included Grumpy Cat. (See, I made it back.)

Grumpy Cat died yesterday morning in her human mama's arms. Her life was so short, both in terms of cat life expectancy but also in the grander sense. And yet - AND YET - she made so many people smile. Including me.

Let's revisit that. Grumpy Cat - A FUCKING CAT - made millions of people happy.

I like making people happy. One of the greatest joys of my life - a joy I shared with my father - is making people laugh. Even at inappropriate times and almost always at my own expense.

Here's something from the old blog, from that very last post:

Three weeks ago, my mother and I sat in a hospital next to a bed where my deceased father lay, looking utterly peaceful. My sister, her fiance, my husband, and my grandmother were on the way. My grief was comprehensive and utterly overwhelming. I felt as if someone had reached into my chest, through the muscle and sinew and bone, and torn out my beating heart. I also felt as if that heart had just stopped in place. More dichotomies.

My mother and I sat, on either side of the bed, alternately holding his hands, sobbing uncontrollably, and taking turns assuring one another that somehow, somefuckinghow, it would all be alright. With tears in her eyes, she looked up and said, “Father’s coming to give him a blessing.”

The timing seemed a little off.

Moment later, Father John glided into the room. Father John is a man of average height, with a soft voice, compassionate gaze, and comforting demeanor. I saw my mother relax immediately in his presence.

After the blessing, he asked my mother about the arrangements. She told him that my dad wanted to be cremated and come home. “He loved being home.”

“I suppose we’ll go to the funeral home tomorrow to pick out an urn.” She began to cry again.

Father John placed a gentle hand on her shoulder, “That can be challenging, but there’s comfort in it, too. In bringing forth their wishes.”

“Yes,” she sniffed. “He wanted something simple.”

Silent until this moment, I chimed in, “Well, he always said we could put him in a Chock Full ‘o’ Nuts can and drop him off a cliff.”

Looking into the horrified faces of my mother and Father John, I experienced three fundamental realizations in one fell swoop:

1- Not everyone has seen The Big Lebowski.

2- Father John is the epitome of kindness for saying, “Well, it’s hard to know why people want what they want.”

3- I will miss my dad desperately every time I open my mouth to say something like that for the rest of my life.

My dad did always joke about the Chock Full ‘o’ Nuts can. He would have laughed explosively at that joke. Somewhere, wherever he is, I’m sure he did. “Damn it, Kate. You’re out of your element.”

I am completely without element, Dad. I don’t even know where to begin to look for one.


I still don't know where to look for one. Grief is funny, friends. It's never over. To those of you just starting down this path, I wish I could offer you something different. I wish I could say that it stops hurting.

But it's doesn't. The pain just changes. It becomes a dull ache that you sometimes forget about until you move in a certain way or smell something familiar and then you remember, "Ah, yes. There it is. That piece of my heart that got carved out. I remember."

It's a fucking magical thing though, friends. I want the pain. Because the pain means I haven't forgotten.

I've been sitting a lot with my grief lately. It's heavy and sometimes I wish I could just put it down for a little while. But my grief is my element.

Life is good. Life is also hard. The days are long. The nights are dark. The winds of time are relentless and cold. The world keeps soldiering on. Meanwhile we, who grieve desperately, feel suspended. We are suspended between the disbelief that it can’t possibly have happened only three weeks ago and that ohmygod, OHMYGOD, it has only been three weeks. How can we endure?

But we remember him. Life is long – even when it isn’t – but life is good.


Life is good, friends. If for no other reason than life gives us Grumpy Cats and Game of Thrones and Choco Tacos and whatever else it is that we use to shield us from all of the crushing realities that also accompany life: that one day, we and every single person we love will die. One day, no one alive will even know who we were or that we existed at all.

Because for now? I am alive and I'm gonna prove it. 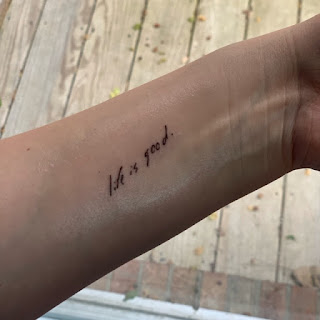