"No, she'll be back. She's just hosing shit off the baby."

At the time of drafting this post, it is Wednesday evening. I have removed the carseat insert and washed it in my washing machine two of the last three days because my infant daughter has made such apocalyptic messes that I cannot really adequately describe it to you.

Last night, it was so bad that her liquid "offering" had leaked under the carseat fabric insert and had pooled in the hard plastic base. I had big plans last night. Work on the book sequel, organize the cabinet in my kitchen that I have to open and close in the exact same second or an avalanche of sippy cups will rain down on my head. Or, I don't know, shower.

Instead, I was squeegeeing liquid shit out of a carseat base with one hand while fending the dog off with the other as she lunged at the carseat and glared at me like I had pulled a rotisserie chicken out of her mouth.

Maybe I should have just walked away and played oblivious while I let the dog "investigate" the carnage.

I've been told that my best quality as a person of the internet is my transparency. This is a nice way of saying that I have lost any sense of shame or propriety that I may have once possessed. In any case, I have several friends who are pregnant with their first child. Friends who may or may not have spent time with a baby. Friends who might be saying such things right now as:

"Well, surely it wouldn't happen if you used [BLANK] diapers."

"Maybe they have an allergy to something you're eating that's getting into the breastmilk."

The blowout, my loves, has absolutely nothing to do with the fecal matter. I repeat: NOTHING TO DO WITH THE FECAL MATTER. The blowout is a matter of physics. You have a chunky baby wearing a disposable speedo squished into a tiny rocket seat. Even the most modest poo needs somewhere to go. It's called fluid dynamics. If that diaper is not contoured in exactly the right way, if the moons of Jupiter are not in the correct location relative to earth, if you have fallen behind in your ritual animal sacrifices to whichever deity you worship, that poo will seek the path of least resistance which is almost always straight up your baby's ass crack.

Take it from me - your precious angel will shit out the top, bottom, front, and sides of their diaper. Always at the most inopportune times. This is a universal certainty. Death, taxes, and diaper blowouts are, perhaps, the only universal certainties.

Cleaning up a blowout is a bit like mourning the loss of a loved one. Sure, one involves holding your nose and forging ahead in life without spending too much time with your thoughts.

And the other involves cleaning up shit.

In all seriousness, there are stages to this. I would know. Over the course of five years, I lost three people who were very dear to me. And over the course of the three years following, I hosed off my baby's hair in more than on Bob Evan's bathroom. And then I had another baby and really went for a ride.

So here they are:

The Five Stages of Grieving a Blowout (First Baby)

Let's set the scene. The Devil is in the details after all.

Picture it: Kentcky. 2017. A new mom eats breakfast with her mother and grandfather at a Bob Evans. The baby sleeps peacefully until the mother's breakfast arrives, when she lets loose an unearthly wail and begins to struggle wildly against the car seat restraints. The baby. Not the mom. Moving on.

The new mother is frantic. What could possibly have made the baby wake so suddenly and with so much intensity. She hurries to unbuckle her precious cargo from the seat and reaches in to take her out. A collective gasp from the table next door. A woman stops in the middle of giving her order. A fork drops across the room. The new mother's grandfather starts laughing hysterically.

The new mother squints in confusion before realizing that her fingertips feel... wet. A quick glance around the back of her baby and she sees that the entire back of the once-white onesie is now looking like baby slid ass-first through a slip-n-slide of vindaloo.

"Surely this cannot be happening. I am imagining this. There isn't shit in her hair. There isn't. There isn't. You're hallucinating. You haven't slept in 8 weeks. You haven't *actually* slept in far longer than that because pregnancy is a joke. Maybe you're asleep right now. Maybe this is a nightmare and in approximately 32 seconds, the baby will start screaming for the 400th time in 17 hours and you will wake up to find her clean and swaddled in her bassinet. This is just like last night, when you realized that you were attempting to breastfeed a pillow when you were hallucinating at midnight and the baby was actually doing a podcast with her dad. This is just like that."

"You have got to be f*cking kidding me. This f*cking kid did not take a f*cking shit in her f*cking diaper the exact f*cking moment I get to eat some f*cking food. I am going to have to eat cold f*cking eggs because by the time I get done cleaning up this f*cking mess, it's going to be dinner time. Why do I need to f*cking eat? You couldn't have taken this massive f*cking shit 10 minutes from now? Or, I don't know, BEFORE I strapped you into this f*cking expensive-as-f*ck carseat that requires a f*cking engineering degree to disassemble? I give you everything. My f*cking body. My f*cking sleep. My f*cking career. My f*cking tits for God's sake and you can't even let me eat a f*cking omelette when it's warm you ungrateful spawn!"

Skip. This is a useless phase for both grief and blowouts. You can't bring a person back from the dead and you can't make that shit go back from whence it came.

"I am the worst f*cking mother ever. I can't believe I thought the f*cking F-word at my precious baby. She deserves a mother who won't get frustrated with her, who doesn't need to eat solid foods and can instead photosynthesize sunshine and optimism into high-quality breastmilk instead of unhinging her jaw and vacuuming in Panera bagels. And now I want a bagel. But I can't have one because I'm at Bob Evans. And I'm not going to get to eat my eggs warm which means I'm not going to get to eat my eggs at all because cold eggs are disgusting and why bother because I'll never have nice things or sleep or my own food ever again. OMG my baby deserves a mother who doesn't want those things. She deserves a mother who can run on six 15-minute catnaps spread over a 24-hour period and can cook dinner, unload the dishwasher, do her kegels, and write her doctoral dissertation all while having her precious baby attached to her boobs. I can't even put a diaper on her correctly. Clearly I'm not cut out for this. If I were better at putting on a diaper or bought more expensive diapers, this wouldn't have happened."

(Note: This phase, while a quagmire, is not as intense with subsequent offspring as with the first. This is true for a couple of reasons. First, you know that there is no preventing the blowout and that a blowout does not a bad mother make. Second, you've been entirely too beaten down by that first precious darling for a blowout to register as a cause of depression.)

Fast forward three years to my second baby. While her hair was spared from the blowout, she destroyed the carseat with more ruthless efficiency than her older sister ever did. And as I sat in the middle of my kitchen floor, putting shit-covered paper towels into a Kroger bag and spraying grain alcohol on yet more paper towels to follow up, fighting off two doodles who love nothing more in this world than peanut butter and baby shit (Together or separate. They're not picky.), I was struck by how far I've come as a mother between baby 1 and baby 2.

"This isn't happening. You blew out in your carseat yesterday. And earlier today. I'm hallucinating. I haven't slept in 3 years."

"I have no other items to put in this hand wash load because I already washed all my bras with your carseat last night so I'm wasting an entire load of laundry capacity on one f*cking thing because you had to shit out the sides of your diaper 24 hours after you did it last time. Couldn't you at least have waited until the next time my bras got so disgusting that I decide I can't stand myself any longer?"

"If you clean this carseat out without either of the dogs eating any of the shitty paper towels, you get to open the good wine."

"One day, you won't need me to scoop your shit out of a carseat anymore because you'll be able to scrape your own shit off of wherever you may happen to leave it. You won't need me anymore at all. And the dogs will be dead."

I will say this - nothing keeps you humble like a blowout. Veteran parents know. You're flying high. The baby slept 4 hour stretches. You got to chew your breakfast. You're at the phase in your cycle where you're not bloated, cranky, or mainlining potato chips into your mouth like you can convert them into oxygen. (I would say that you're at the mall, sipping a Starbucks and strolling with your sweet bebe but I won't say that because, let's be honest, we'll never be able to go to malls again.) And then BAM blowout.

It will be huge. It will be disgusting. It will happen when you are least prepared and most anxious. You will be frazzled. You will swear. Your baby will stick their feet into their own shit and then kick them around wildly, flinging feces all over themselves and you like a nightmarish Jackson Pollack. You might cry.

Naw, B, you're definitely gonna cry.

But you will survive and, like a battle-hardened warrior, you will emerge from the field. You will be weary. You will be overwhelmed. You will probably have shit on you. But you will survive and someday be able to look sagely, albeit smugly, at the bewildered new parent in a restaurant. You might even turn to your partner and say, "Remember when [BABY NAME] shit themselves in that Benihana?" as you chew your food as many times as you f*cking want to.

As Daddy Mufasa teaches me every goddamn day, it's all a part of the great circle of life.

Labels: Parenting This is Why We Can't Have Nice Things 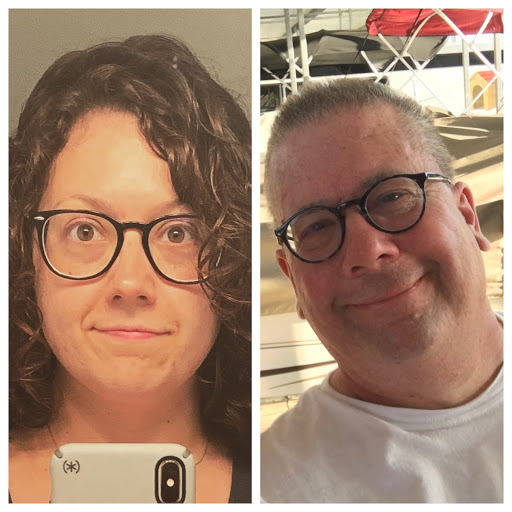